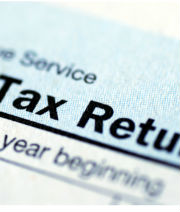 It used to be common practice to recommend to directors of limited companies to reduce their tax liabilities by gifting shares in their companies to family members. The idea was to use those shares to pay family members dividends, thus reducing taxable profits for the company and its director. Things changed with new regulations implemented earlier this year.

From 1 April 2016, new rules apply to dividends and corporation taxes. Prior to the new rules, it was possible for a contractor acting as the director of a limited company to take both a salary and a gross dividend up to their limits while avoiding corporation tax liability. A contractor could avoid taxes on higher amounts by gifting shares to spouses and children. This is no longer the case.

The only way a contractor can still gift shares is by creating a class of shares that gives those receiving them full ownership rights, including the right to vote and participate in a dissolution decision. Without those rights, the Treasury considers shares as a gift of income only, which would require income tax of the recipient as well as corporation tax on the dividends paid.

How to Make It Work

The new rules have significantly restricted the ability of contractors to reduce tax liabilities by issuing shares to family members. However, that does not mean gifting shares is impossible. Illustrating this point is the 2005 Arctic Systems case most of us are familiar with. In that case, HMRC argued that dividends the company owner paid to his spouse should be taxed because they were nothing more than income. Furthermore, they claimed that the company itself had no underlying capital value the spouse could claim partial ownership of.

The Court of Appeals disagreed, contending that the shares awarded to the wife constituted shares with full rights. They asserted that the spouse in this case could participate in voting, asset distribution, and so on. HMRC's new rules do not challenge the appeal court's decision, so it is still possible for the time being to gift shares to a spouse as long as those shares include full rights. A special class of shares cannot be created specifically to pass on dividends in order to avoid tax liabilities.

As a side note, contractors have to be concerned with income tax liabilities for spouses receiving shares. In other words, a spouse with no other income could receive up to £16,000 in dividend income without any tax due. If that spouse has other income, it needs to be taken into consideration to determine the individual's tax band. That extra income will determine whether gifting shares is a smart financial move or not.

Shares can also be gifted to an adult child under the same circumstances. As an added bonus, any such shares passed on in order to help a child pay for university will reduce the child's tax liabilities as well. Students can receive up to £5,000 of dividend income without any taxes due.

The Need for Professional Advice

HMRC has clearly enacted the new rules to cut down on the frequency of limited company directors avoiding taxes by gifting income to spouses and children. It is entirely possible that the already tight regulations may be made more restrictive in the future. In light of that, we recommend getting competent professional advice before paying dividends to family members by way of shares.

Gifting shares to family members is still possible under certain circumstances. It is, however, more difficult than before. It is a strategy that must be implemented according to the rules to be effective.

Find out your Take Home Pay!

With our
Free Tax Illustration